In 2006, professors from nine University of California campuses came together to create the UC-CUBA Multi-Campus Academic Initiative. Headquartered at UC Irvine, UC-Cuba has grown since then into a diverse and thriving international network of university faculty, graduate students, and independent scholars, united by their shared passion for all things Cuban. 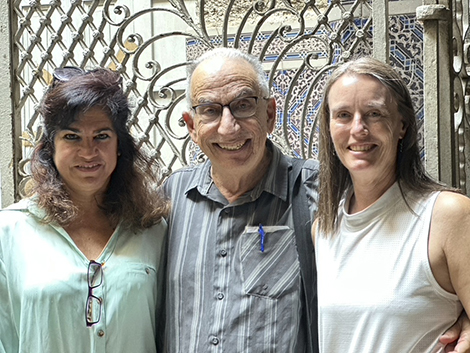 -We visited the Instituto de Historia de Cuba, the site of much archival research conducted by UC-CUBA doctoral students and discussed new ways of cementing our relationship with the Institute with its Director, historian Yoel Cordoví. Director Cordoví is also in the Editorial Board of the prestigious Cuban Studies journal published by the Center for Latin American Studies at the University of Pittsburgh. We were accompanied by one of our on-the-ground coordinators, Elba Capote.

-Professor Burke and Fernandez and Elba Capote visited the newly inaugurated Fidel Castro Center, a multipurpose institution similar in some ways to U.S. Presidential Libraries. We met with Director René González Barrios and were given a tour of the facilities. The research library, which contains a wealth of Castro’s documents, interviews, speech transcripts, etc., represents a significant resource for historical and political research. 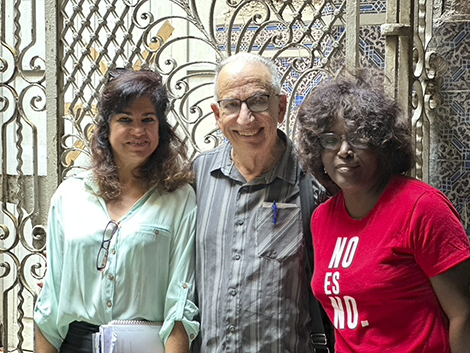 - Professor Burke and I met with Isabel James (Geography, UCLA) one of the students organizing the next UC-CUBA graduate workshop to discuss details of the upcoming event (February 3, 2023) at UC Irvine. We held the meeting at the CUBA LIBRO Space, a circulating library of English-language books run by long-time American expatriate Conner Gorry. CUBA LIBRO houses several books from UC-CUBA faculty and alumni.

-We held discussions about future activities with our other on-the-ground supporters on the ground, Antonio Pérez and Marina Rodríguez.

-Professor Fernandez obtained several copies of his book Ontología del son, recently published in Cuba by Editorial Letras Cubana. This book contains 20 published and unpublished articles in Spanish, that he authored on Cuban music and musicians between 2005-2021 some of which appeared in earlier versions in academic and non-academic journals in Cuba, Puerto Rico, Colombia, as well as online. All articles were edited and revised for the published collection.